You are here: Home » News » Operators » American Airlines becomes the only carrier to fly from the U.S. to the South Island of New Zealand

American Airlines becomes the only carrier to fly from the U.S. to the South Island of New Zealand 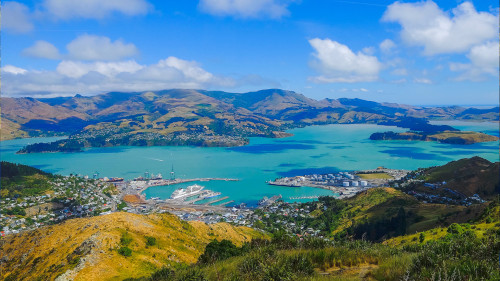 A trip to the breath-taking landscape of the majestic Southern Alps will become much shorter when American Airlines launches the only nonstop service from Los Angeles International Airport to Christchurch, New Zealand, next October.

The airline is also adding the only direct service between Dallas Fort Worth International Airport and Auckland, New Zealand, which will increase connecting opportunities for more customers across the United States. These routes are a direct result of the recently approved joint business with Qantas, which delivers new customer benefits like enhanced codeshare opportunities and increased frequent flyer benefits for American and Qantas customers.

Christchurch is the largest city in the South Island of New Zealand, and as the only carrier to operate this route, American will introduce its customers to one of the world’s most unique destinations.

“The South Island sums up everything that our customers are looking for in New Zealand — adventure, culture and wildlife found nowhere else,” said Vasu Raja, American’s Senior Vice President of Network Strategy.

“We want to make their lifelong dreams a reality and bring New Zealand’s beauty even closer as the gateway to the South Island where you can drive, hike, cruise and fly to a variety of classic New Zealand experiences.”

American will fly to CHC three times per week from October 2020 through March 2021 on a Boeing 787-8. The 787-8 features 20 Flagship Business seats and 28 Premium Economy seats, providing additional comfort for the 13-hour flight. The aircraft offers a variety of entertainment options for customers, with access to power at every seat, live television, and hundreds of movies, music, games and TV shows.

LAX to CHC creates unique one-stop connections to the South Island not previously available by any other carrier. Qantas and Jetstar will connect passengers from CHC on to Wellington and Melbourne — some of the most popular destinations in the Pacific.