You are here: Home » News » Operators » Icelandair and JetBlue extend and strengthen cooperation 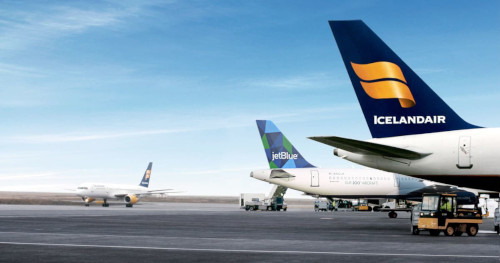 Icelandair has renewed an agreement with the US airline JetBlue on the airline’s scheduled flights.

This is a partnership agreement which means that both airlines can sell and issue airline tickets with each other. Thus, Icelandair customers can purchase a ticket from Iceland to a number of JetBlue’s destinations in the US, the Caribbean, Central and South America. At the same time, JetBlue customers are able to purchase tickets to Iceland and many of Icelandair’s destinations in Europe.

The agreement between Icelandair and JetBlue, which first came into effect in 2011, has now been renewed until 2024. Since 2017, the airlines have also offered their customers the opportunity to collect loyalty points from both companies.

Bogi Nils Bogason, CEO of Icelandair said: “The partnership with JetBlue is part of offering a wider range of services and enhancing comfort for our customers. By connecting our route systems, we can offer our customers greater choice when it comes to connections in the US and the Caribbean, as well as Central and South America. In addition, JetBlue customers can take advantage of Icelandair’s connections to Iceland and our destinations in Europe in a simple way.”

Robin Hayes, CEO of JetBlue added: “Building on our long-standing partnership with Icelandair strengthens both of our networks on either side of the Atlantic, making travel to and through Iceland more accessible to JetBlue customers. With low fares and award-winning service, our codeshare agreement will continue to grow demand across the North Atlantic ahead of our own planned transatlantic service in 2021.”

JetBlue’s headquarters are in New York, USA. JetBlue operates an average of 1,000 flights a day, transporting over 42 million passengers a year to about 100 destinations in the United States, the Caribbean, and Central and South America.