You are here: Home » News » Manufacturing & MRO » The Embraer Phenom 300 is world’s most delivered light jet for eighth consecutive year 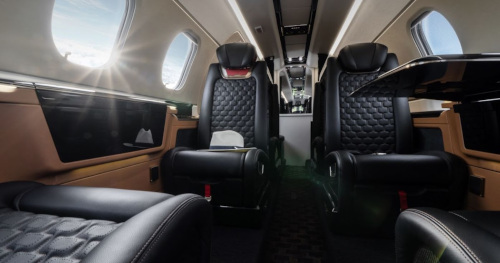 Embraer Executive Jets delivered 51 Phenom 300 and Phenom 300E light jets in 2019, making it the most delivered light jet of the year.

This is the eighth consecutive year that the Phenom 300 achieves this mark, having accrued more than 530 deliveries since entering the market in December 2009. The information was released today by the General Aviation Manufacturers Association.

“Though it’s already the best-selling light jet in the world, we kicked off the new decade by making the Phenom 300E even better to achieve our fundamental goal of delivering the ultimate customer experience in business aviation.”

Originally launched in 2005, the Phenom 300 series is the most delivered business jet of the 2010s. In 2019 it had over 20% more deliveries than the closest competitor. The aircraft is in operation in more than 30 countries and has accumulated more than one million flight hours.

Last month, Embraer announced a further enhanced Phenom 300E, which will be available for delivery starting in May 2020. The aircraft now offers more speed, making the fastest and longest-ranged single-pilot jet in business aviation even faster and now capable of reaching Mach 0.80. The Phenom 300E delivers a high-speed cruise of 464 knots and a five-occupant range of 2,010 nautical miles with NBAA IFR reserves. The aircraft also enjoys a quieter cabin, more legroom in the cockpit, and a brand-new premium interior option, known as Bossa Nova.

In terms of technology, the Phenom 300E received an avionics upgrade to include a runway overrun awareness and alerting system, predictive windshear, Emergency Descent Mode, PERF, TOLD, and FAA Datacom, among others. Embraer is the first and only OEM in business aviation to develop and certify a runway overrun awareness and alerting system. To round out the enhancements, the Phenom 300E is now the only aircraft in its category to offer 4G connectivity via Gogo AVANCE L5.