You are here: Home » News » Operators » Norwegian launches its first flight to mainland Greece from UK

Norwegian launches its first flight to mainland Greece from UK 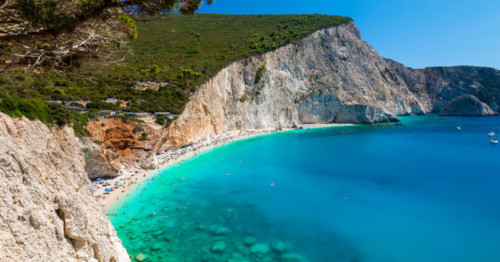 Norwegian is launching a new non-stop service from London Gatwick to Aktion Airport, which serves Preveza and Lefkada, Greece.

Launching just in time for a summer holiday in the Greek sunshine, Norwegians’ first flight to Aktion Airport will depart on the 3rd May 2020 with a twice weekly service on a Thursday and Sunday for the summer season.

The new service will be Norwegians’ first flight to mainland Greece from the UK and will complement the airlines’ existing Greek services to Rhodes, Kefalonia, Santorini and Crete.

Passengers will be able to enjoy direct access to the lesser-known regions of Preveza and Leftkada. Offering stunning beaches with turquoise waters and an idyllic relaxing atmosphere, these traditional Greek towns are often regarded as a hidden gem.

In addition to the new service, Norwegian is also adding capacity to key European routes for this summer with extra weekly flights to Greece and Norway. The airline has added a second weekly flight to Crete, a new morning departure five days a week to Stavanger and extended the seasonal winter service to Tromso with two weekly flights in April, May, September and October.

Magnus Maursund, SVP commercial Short Haul at Norwegian said: “We are pleased to offer Brits more choice and flexibility when flying with Norwegian across Europe this summer by adding capacity to key services and a new route to Aktion Airport. Passengers travelling with us can enjoy our complimentary gate-to-gate Wi-Fi while flying in a high-quality and comfortable cabin onboard our modern, environmentally friendly aircraft.”

Norwegian is Europe’s third-largest low-cost airline, carrying more than 5.8 million UK passengers each year to over 30 global destinations. The airline was ranked the most fuel-efficient airline on transatlantic routes by The International Council on Clean Transportation for two consecutive years and has one of the youngest aircraft fleets in the world with an average age of 3.8 years.